For the past five years, ZHdK has been organising an interdisciplinary summer academy called “Common Stage” with the National Academy of Chinese Theatre Arts (NACTA) in Beijing, the major educational institution for Peking Opera in China.

The project is unique as it brings together traditional and modern art forms and involves a wide range of different disciplines. During five weeks, 35 selected students (working towards BA and MA degrees) from the fields of theatre, music, design, fine arts, and arts education develop plays, performances, events, interventions, and installations in mixed groups before presenting their work to an audience in a city environment.

Central to the project are practical artistic collaborations between various cultures, art forms, and disciplines. Cultural and artistic traditions and differences can be experienced in interdisciplinary experiments and are displayed on variant “stages”. The stage is understood, in a specific or in a metaphorical way, as the place where “something” is happening. It is the lens where everything is brought together and rendered visible. This can be in public space, in a shopping mall or in a virtual environment, explicitly also apart from the art sector. The stage is also the place where traditional forms of performance normally appear (Xiqu, European opera, etc.). In this sense, the term “stage” is a unifying element in the contrast between tradition and the present. 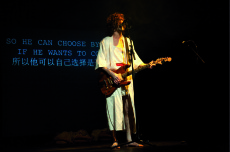 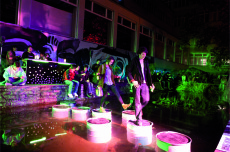 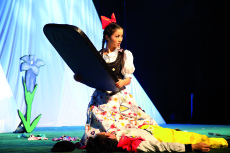 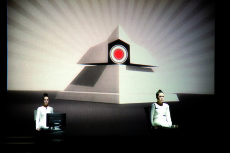 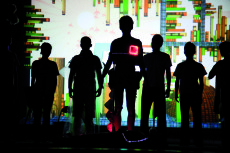 Thematic and theoretical inputs are incorporated into the process. This makes it possible to observe and reflect on one’s own culture and that of others, as well as to develop innovative and comprehensive forms and formats of artistic expression. The focus is on the present with a specific view to its genealogies.

Based on this experience, the content and format of the project are being developed, focused, and integrated into ZHdK’s initiatives in Hong Kong. In this respect, “Common Stage” could be implemented as one of the first exemplary projects that would allow for gaining further knowledge in the development of the Study Centre.

The basis of the project is the need for a discussion and understanding of “Globalization” and its emerging questions and issues. It is obvious that globalization is not only about expanding production, consumption and communication, but also implies the problems and potentials of differentiation/distinction, of provoking otherness, of different forms of cultural evolution and blending (such as creolization and syncretism), or of influencing power structures. The critical questioning of these developments is a central task of the arts.

Cultures are characterized by traditions, but which traditions are important for whom and how do we determine and value these traditions? Traditions are not neutral, they are controversial, for some groups or communities they might be important for others they are not, and therefore traditions are in conflict or are provoking conflicts. In a global context people can sometimes not understand the meaning of certain traditions or which traditions are important to someone and why. Questions of the individual and collective formation of identity affect the construction of today’s present and thus the relevance of tradition and heritage, the urgency of different topics, the establishment of living environments, as well as working arrangements. Trying to understand our present world, it seems important to follow questions of cultural genealogies and research which functions and significance do belong to the arts, cultural theory and design.

The inclusion of traditional art forms, until now specifically various forms of Xiqu (trad. Chinese opera), allows for discussing and researching how artistic traditions can be transferred and integrated into the present and into contemporary living environments. Such inclusion reveals the origins and development of current artistic forms and formats, and also shows its influence on our cultural identities.

The development of the arts and sciences is distinguished by differentiation and specialization. Since about twenty years, however, we can observe a growing focus on “trans-“, “mixed-“, and “cross-“ as countertendencies to any monolithic conceptions of the arts and design. Art practice and education, and their corresponding theories, pursue different strategies and forms of interactions, decussations, and interdependencies. This major shift confronts us with different questions: Is this observed fundamental paradigm change true and if so how has it emerged? How are these transitions related to the development of new technologies and how do they refer to the changes of the social and cultural present? What effects do they produce and which possibilities and new perspectives do they open up? Or: which deficits do they cause? 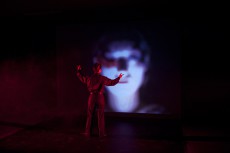 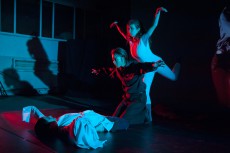 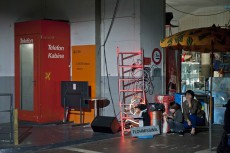 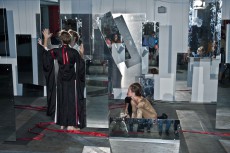 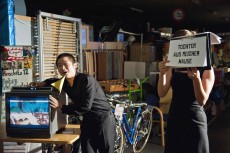 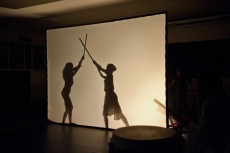 Also performativity and the stage (in a metaphorical sense) are in the focus. They run like a common thread through our culture and have gained more importance in various fields. Terms like performance, staging, event, image or the “economy of attraction” are penetrating all areas of life. Everything has become a „stage“ and the questions of how to deal with this as well as the critical reflection of these tendencies seems important. In the collaboration of different disciplines and their scenographical staging, contemporary forms of performing, showing and displaying between the cultures can be explored and experienced in practical experiments and brought into dialog with the public. The construction of “stages” is the focus in which everything is finally coming together and is rendered visible. 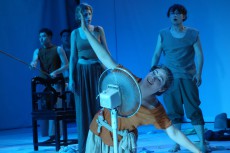 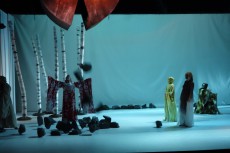 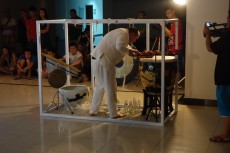 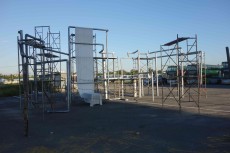 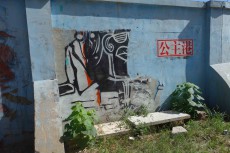 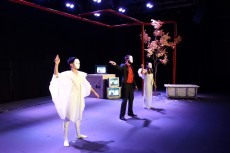 As a first step, we are transferring the existing format of a summer academy to Hong Kong in 2014 and inviting new partner institutions and experts for collaboration. The 4 weeks workshop will take place in the period of 14 July – 10 August 2014 under the direction of ZHdK with Hong Kong Academy for Performing Arts as the main partner.

In the sense of a sustainable practical and theoretical development and intense engagement with the projects contents we would like to extend “Common Stage” within the next 3 years from a summer academy to a semester programme for postgraduate students of all partner institutions. Like this (to the best of our knowledge), a yet unique education format will be formed. The extension of the programme enables the integration of contents like cultural knowledge or language, the expansion of theoretical seminars and lectures, as well as a more profound and sustainable conception and realisation of the practical work. While a usual exchange semester is normally based on a disciplinary exchange within a existing curriculum in a foreign country, Common Stage shifts the subject of transculturality to the centre stage still on explicit condition of practical cross-disciplinary collaboration which allows an intense exchange and further differentiation of it’s own discipline.

The semester programme will be developed with existing and new partners in close cooperation with MA-programmes at ZHdK and under the auspices of dossiers „Internationalisation“ and „Lehre“. The programme will not only allow students, but also for lecturers, scientific and artistic collaborators to extend their transcultural competences.